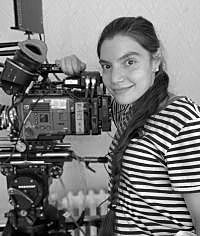 Antonella is a hard working, reliable and motivated camera trainee . She moved to London after gaining a Film degree in Buenos Aires, Argentina, to pursue her dream of working in the camera department oil the UK Film & TV Industry