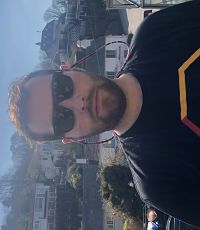 Jack started off in the camera department as a trainee in 2015 working on feature films, TV dramas and commercials. He stepped up to Clapper Loader / 2nd AC in 2019 where he has since worked with some of the best crew in the industry.

Has bases in South West, London and Manchester